Awarded as BEST DIVE SAFARI 2018 at the Maldives Boating Awards, Sachika Liveaboard is a top pick among the diving community because of the comfort and luxury it offers. Dive trips on Sachika are taken round the year to get pleasure from the diversity of the marine life of the northern and southern atolls of the marvelous Maldives.

Built-in 2007, the 33m long Sachika is a typical liveaboard with its wooden structure, a perfect blend of style and hospitality, giving the guests the time of their life with four open-air decks air-conditioned restaurants and bars all over the board to sit and unwind.

This dreamy cruise can be the ultimate diving holiday for avid divers. They can have the best of both worlds by enjoying luxury and adventure, with all the incredible and calming views of marine life in the Indian Ocean.

Custom-built especially for diving, Sachika liveaboard has ten top-notch rooms to lodge up to 20 guests. The cabins are designed to provide the guests with a relaxed, safe, and smooth sailing experience. The three-cabin options include standard cabins and junior suits on the main deck and suites on the upper deck.

Standard twin cabins can be configured with twin and double settings as per requirement. Junior suites have king-sized double and single beds.

All the cabins and suites are equipped with en-suite bathrooms/hot showers, individually controlled air-conditioning, mini-bar, and portholes to let the natural light inside the room. Besides the standard amenities, the suites also offer private Jacuzzis, personal TV, DVD players, and the ocean’s stunning views through panoramic windows. 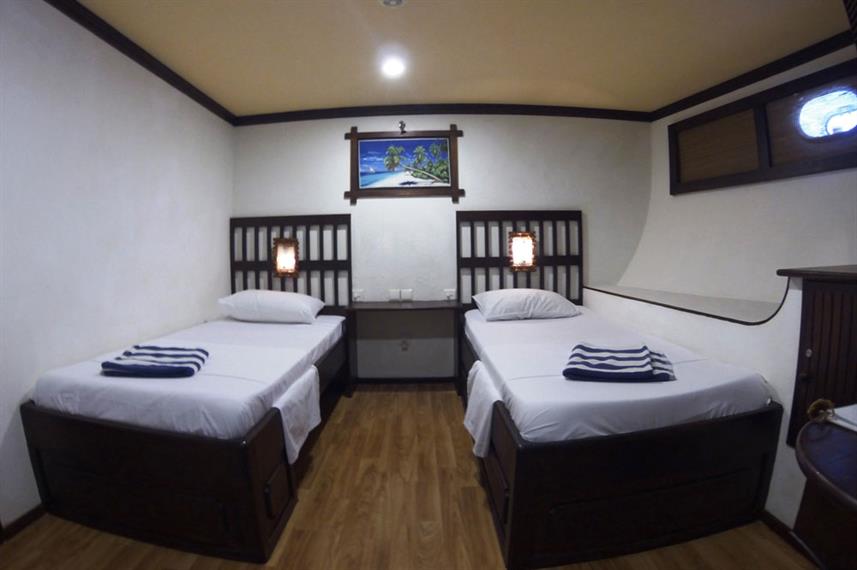 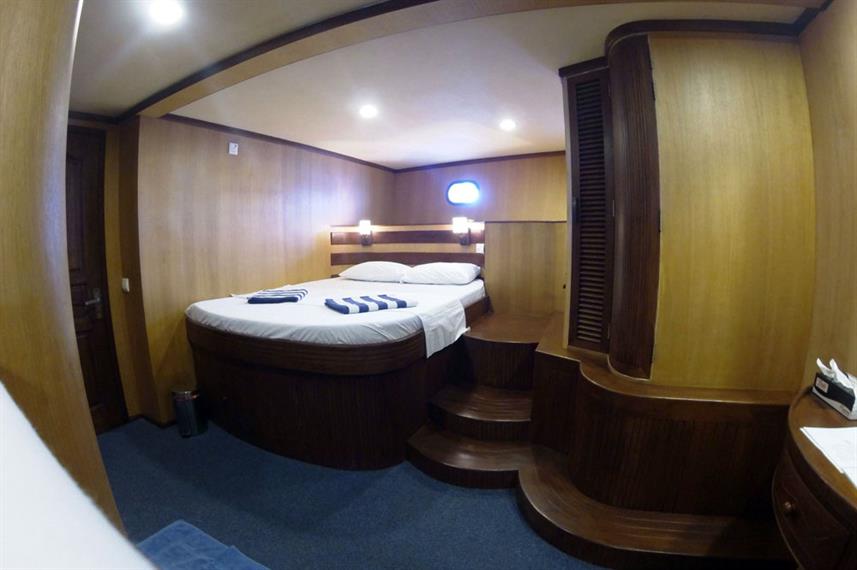 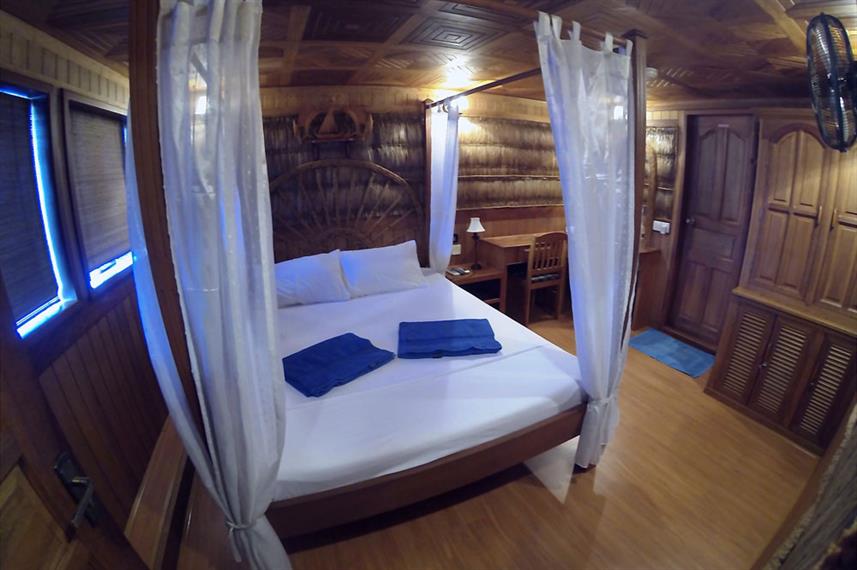 MV Sachika provides ample opportunities to relax and enjoy with four decks available on and off the board. A five-person Jacuzzi on the main deck allows you to enjoy a relaxing bath in the sun or a bright night according to your liking.

Open sun decks let the sun loungers soak up the sun, or take a leisurely nap on the shaded deck and appreciate the glorious oceanic views.

A large saloon allows the guests to socialize or wind down after a long day of diving. The saloon offers facilities that include a large TV, music system, WIFI internet, movies, and book libraries, with lounging and reading space, where you can enjoy while having your favorite drinks from the bar.

Sachika Maldives also has a massage room whose services can be availed upon request. Other water activities like Seadoo underwater scooters are available for rent.

The air-conditioned, indoor restaurant at the Sachika liveaboard offers exceptionally mouthwatering buffet-style food thrice a day, including the varieties of local and international delicacies while enjoying the fantastic ocean views. A coffee bar is also located on the main deck. A 40-inch TV is available in the restaurant where you can enjoy watching your favorite DVD while savoring your dinner or sipping on your coffee.

Scuba diving trips on Sachika are conducted all year round. You can discover the most incredible pelagic and coral gardens in the northern, southern, and Central Atolls of the Maldives, with Whale sharks, Manta Rays, and regular sightings hammerheads in the exceptionally blue waters.

Night diving in the Maldives is one of the highlights of a liveaboard cruise in the Indian ocean and provided at least once a trip. One of the most popular dive sites is for a night dive is in the Ari atoll, where you can see manta rays in a shallow lagoon.

Dive trips are conducted from dhoni, the accompanying boat, which is equipped with necessities like air compressors, diving, and safety gear, and a fire alarm system to guarantee a safe and memorable diving experience for the passionate divers.

The crew consists of a professionally trained cruise director, a marine biologist, and dive guides who efficiently and constantly help you make the most out of your diving trip. 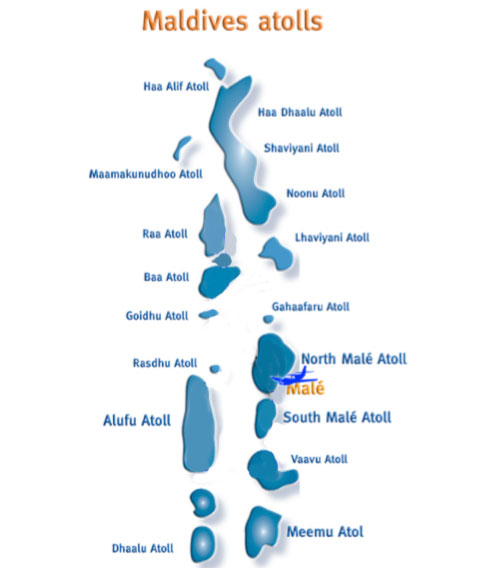 An exciting mix between submerged landscapes and breathtaking views.

At the center of this long archipelago are situated east to west, three of the most famous atolls of Maldives: North Male, South Male, and Ari.

The cruise sets out to the south, letting new divers get used to the comfortable temperatures of these waters with the exploration of a trawler which sank three decades ago, turned into a house for the typical microfauna of these waters: needlefish and scorpionfish (Pterois volitans) inhabiting the outside decks and clefts full of glassfish.

The fishermen’s Island of Gurahidoo is surrounded by dive sites that can give rivers of currents in the pass, in Dhivehi called ”Kandu, “which bring large predators like the typical white tip reef sharks and grey reef shark. It is not unusual to encounter large napoleons and green turtles (Chelonia Midas) between the protrusions of Kandooma Thila.

Large groups of dolphins often accompany the crossing to the west of South Ari atoll.

These waters are characterized by Rowley shoals dives, which in Dhivehi are called “Thila.” They are particular because of the abundance of fish and coral gardens, both hard and soft. Dhangheti area is famous for its spectacular dive sites such as 5 Rocks with its blue sea fans and Kuda Thila Raa with its schools of squirrelfish and yellow striped blue snappers, soft corals, and long black coral whips.

Before sailing back to the central areas is a must to try to see, in true “safari” style, the great lord of this area, the whale shark.

In the western part of the atoll, when dry winds blow from the northeast, there are several points where it is easy to meet the great manta rays that come close to the reef to enjoy the many cleaning stations rich in plankton.

There are no reviews yet. Be the first one to write one.